Feminism in the Handmaid's Tale for IB Quotes and Analysis 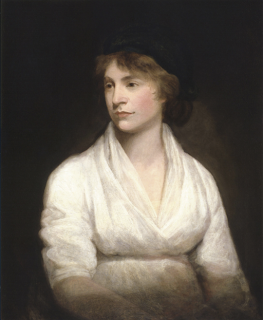 You may also like this essay: 'Women Disunited: Margaret Atwood's 'The Handmaid's Tale' as a Critique of Feminism', by Alanna A. Callaway.

It also helps if you understand the ways in which male-female relations are presented in the Biblical story of Rachel and Leah, which is used as the foundation for the society of Gilead.

Quotes:
Biblical Precedents
'we cannot read' - the Bible 'is an incendiary device' 'Behold my maid Bilhah. She shall bear upon my knees, that I may also have children by her' 'Blessed are the meek. Blessed are the silent' 'I knew they made that up' (Chapter 15)

In the standard Handmaid greeting between Offred and Ofglen:
"Blessed be the fruit."
"May the Lord open." (Chapter 2)

The Commander, as if reluctantly, begins to read. He isn't very good at it. Maybe he's merely bored.
It's the usual story, the usual stories. God to Adam, God to Noah. be fruitful, and multiply, and replenish the earth. Then comes the moldy old Rachel anil Leah stuff we had drummed into us at the Center. Give me children, or else I die. (Chapter 15)


The butter is a trick I learned at the Rachel and Leah Center. The Red Center, we called it, because there was so much red. (Chapter 17)

The Aunts
In the case of Gilead, there were many women willing to serve as Aunts, either because of a genuine belief in what they called "traditional values," or for the benefits they might thereby acquire.' (Historical Notes)

Relations Between the Women
Marthas
I heard Rita say to Cora That she wouldn't debase herself like that. (Chapter 2)
Wife: 'chin clenched like a fist' (Chapter 3)
Aunts: Aunt Lydia said she was 'lobbying for the front [door]' (Chapter 3) 'The rings of her left hand cut into my fingers. It may or may not be revenge.' (Chapter 16)

Econowives: she 'scowls' 'spits' 'The Econowives do not like us' (Chapter 8)
Serena Joy 'her speeches were about the sanctity of the home, about how women should stay home' now 'she has become speechless'
'it's not the husbands you have to watch out for said Aunt Lydia, it's the Wives'
Disgust at Janine
'Her fault, her fault, her fault, we chant in unison' 'Why did God allow...' 'Teach her a lesson.'
'she looked disgusting, weak, squirmy,'
(Chapter 13)

'Women were not protected then' Aunt Lydia says: 'in the days of anarchy, it was freedom to. Now you are being given freedom from. Don't underrate it.' (Chapter 5)

Moira: just did a paper on 'date rape.' with mother 'to see some women burning books' 'a pretty woman on it, with no clothes on' 'parts of women's bodies, turning to black ash' (Chapter 7)

'at that time, men and women tried each other on, casually, like suits, rejecting whatever did not fit' (Chapter 9)

Aunt Lydia: 'the spectacles women used to make of themselves' (Chapter 10)
'We lived, as usual by ignoring' 'ignoring is not the same as ignorance. You have to work at it.' 'corpses in ditches' 'bludgeoned' or 'mutilated' (Chapter 10)

With the Commander
The Commander likes it when I distinguish myself, show precocity, like an attentive pet, prick-eared and eager to perform.
(Chapter 29)
he wishes to explain things, justify himself. As last night.
The problem wasn't only with the women, he says. The main problem was with the men. There was nothing for them anymore. ... Men were turning off on sex, even. They were turning off on marriage.
Do they feel now? I say.
Yes, he says, looking at me. They do.  (Chapter 34)About pregnant woman, Offred says: 'Maybe we too can be saved' or maybe 'she's one of those, Pile it on, I can take it, a martyr.' 'I never liked her' 'trace of a smirk'

Japanese tourists: 'we are fascinated but also repelled. They seem undressed. ... Then I think I used to dress like that. That was freedom.'

Abortion doctors; 'like war criminals. It's no excuse that what they did was legal at the time: their crimes are retroactive. They have committed atrocities.' (Chapter 6)
writing 'is forbidden'

Handmaids:
My red skirt is hitched up to my waist... Nor does rape cover it: nothing is going on here that I haven't signed up for. There wasn't a lot of choice but there was some, and this is what I chose.
(Chapter 16)
Sex and Power
'I enjoy the power; power of a dog bone, passive but there' (Chapter 4)  Offred wants to steal 'It would make me feel that I have power' [property] (Chapter 14) Women as Property: uniform makes him look 'like a museum guard' 'he looks over us as if taking inventory' (Chapter 15)

Criticism of (Second Wave) Feminsim in the Time BeforeOffred's Mother "I don't want a man around, what use are they except for ten seconds' worth of half babies. A man is just a woman's strategy for making other women"

Sometimes the Handmaids in the Rachel and Leah Centre are shown an 'Unwoman (i.e. 'Feminist') Documentary':
TAKE BACK THE NIGHT...
Now my mother is moving forward, she's smiling, laughing, they all move forward, and now they're raising their fists in the air.(Chapter 20)
Offred's mother says about men: 'there's something missing in them, even the nice ones.' ...
'You young people don't appreciate things, she'd say. You don't know what we had to go through, just to get you where you are.'  (Chapter 20)

First Wave Feminism NOTES:
Feminism grew out of the more general human rights movement. The word 'feminsm' became official in 1895. It describes the idea that women should be equal to men in politics and law. Feminists campaigned for women's right to own property, and gain greater freedom over their own money. Women gained the right to vote in the UK in 1918, in the USA, through the Nineteenth Amendment, in 1920. After this, the feminist movement was virtually dormant for forty years.

Second Wave Feminism NOTES
This focussed on all sexist treatment of women. Betty Friedan described it as the "problem without a name." When asked by Jo Brans in a 1982 interview if she was "a feminist writer" Atwood said, "Feminist is now one of the all-purpose words. It really can mean anything from people who think men should be pushed off cliffs to people who think it's O.K. for women to read and write. All those could be called feminist positions" (Conversations 140). Atwood has mixed feelings about being described as a feminist writer. She says her own type of "feminism" is about "human equality and freedom of choice" (Waltzing Again 81). In The Handmaid's Tale, she criticises some radical types of feminism, especially those with a very negative attitude towards men: "Here is this enormously powerful and malevolent female, and she is gonna getcha" (Waltzing Again 19). She says this radical feminism could spark off a backlash against women - which we see in the Republic of Gilead.