Yes, I am a GCSE examiner, and here is a quick video with tips on how to answer question three. Scroll down to get the student answer with grade... 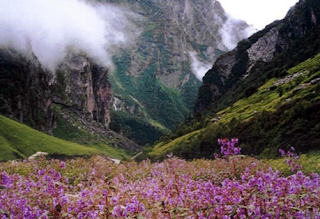 Now read Source 3, Saved, which is an extract from a non-fiction book.
3. Explain some of the thoughts and feelings Parrado and Canessa have whilst searching for rescue. (8 marks)
In the opening paragraph, the contrast between the feelings of Parrado and Canessa are highlighted. Instantly, we see Parrado “drew ahead,” whilst Canessa “could not keep up.” From this one can interpret that* Parroda is an eager individual, whilst Canessa isn’t as adventurous. *the quotations here are brief - numerous and well chosen. The fact they are both interpreted indicates band 3 or 4  - probably 3 because Canessa can't keep up because he is less well rested, not because he is less 'adventurous'. The boys are in fear of their lives, not on an adventure.

Another feeling that this centred on Parrado throughout the source is that of curiosity. We are told, by the writer, in the opening sentence that he was “spurred on by his curiosity.” Since we are told this by the writer himself, it is almost as if the writer is trying to really highlight one of the main feelings Parrado has.* obvious - not worth mentioning. Band 4 answers should point out the contradiction: Parrado is eager despite/because he fears he will find something terrible. This suggests a kind of recklessness  The answer should also pick up on the mood of panic (see indicative content, below) As they are stranded on an island, Canessa is more symbolic of the worried individual who cares about finding shelter and returning home, whilst Parrado is symbolic of the adventurous one. Later on the article, we see Parrado take no consideration for Canessa’s warnings of possible dying, and instead we see him wonder of out of “curiosity.” We also see the writer included the word “impatience,” which could reflect what Canessa thinks of Parrado. * the answer should say 'Parrado is feeling 'impatient''. The answer needs to be more accurate to reach Band 4.

In this paragraph, we see Canessa worry about Parrado as he shouts “you’ll kill yourself,” when he runs off after they’ve heard a growling. From this we can infer that he feels as if he should look out Parrado, as he thinks he is careless.  * clear, detailed interpretation - Band 3/4

As the extract continues, we begin to see Canessa and Parrado share the same feelings for the very first time. * very clear understanding - might benefit from a little more interpretation Despite Parrado being more adventurous, we see them both exclaim “with happiness at the sight of this blessed valley.” This portrays that they both feel a sense of awe and wonder. Additionally, this could suggest that as they have spent more time together, their understanding of each other has developed and their friendship has grown, hence they are opening up with each other more. * no - I think the change is caused by the fact they thought they would die, and now they feel they are saved


Grade 6/8
The student has made a few basic errors and some parts of the answer aren't precise and detailed enough to warrant band 4. However, there are many clear comments. You don't need to include all of the indicative content shown below, but it's hard to get into band 4 if you don't have at least half of it (I'd say).

Indicative Content:
- Parrado is ‘spurred on by curiosity’ and is moving fast to see what’s at the end of the valley. Canessa ‘could not keep up’. This shows their eagerness or even desperation to find a way out, to find rescue and save their friends still stuck on the mountain. Canessa feels tired and lacking in strength.
- When they hear the roar, ‘panic entered the hearts of both of them’. The panic turns to careless speed for Parrado who feels ‘impatient’ to find out what lay ahead, and Canessa feels that he will endanger himself. Canessa has worried thoughts about their situation and about Parrado’s impatience.


- Canessa feels more ‘dread’ than ‘curiosity’, perhaps because he feels more tired and less optimistic. Parrado’s ‘face wet with tears of joy’ tells us he felt relieved, thankful, happy because he could see a way out.


- The boys think the sight of the river, the end of the snow and the ‘blessed valley’ is a ‘beautiful’ sight. This shows the change in their situation and feelings.


- The boys feel tired because the tension and stress have been relieved so they are exhausted and have to rest by the river.


-They feel as if they are in paradise. They feel confident that they are now saved. They also know that they have further to go and recognise that even though they don’t have to contend with snow, the going will be tough with ‘boulders the size of armchairs’ to overcome.


- They feel strong and confident enough to cross the river even though it is carrying huge boulders down with it. *
* (c) 2012 AQA

If you're a teacher and would like to use the comments on the answer in class, please include the attribution (c) 2013 Melanie Kendry www.ateacherwrites.com

Want me to write you an essay? Ask in the comment box below.
Get all essays for Moon on the Tide
+ Get all AQA Resources