Explain the Thoughts and Feelings of the Writer: AQA GCSE Language Exam Question 3

Explain some of the thoughts and feelings that the writer has on her journey? 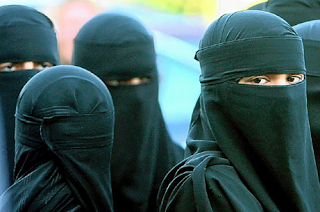 The writer's mood is initially positive, stressing the sensory beauty of the desert at night. Unusually, she seems to 'love' the 'vast', bare open spaces, describing the night sky as being full of 'glimmering' 'crystal' stars, as if they are something precious, like gemstones - an experience she could have nowhere else. She describes the sky as a 'tarpaulin drawn over us' as if it is protecting them.


In contrast to this natural beauty, she feels rising frustration towards her guide - a sensation which she 'does not love' almost as if she feels bad at herself for feeling frustrated. He is trying to protect her in a landscape she can't understand and finds quite alien, but he is also rushing her.

In contrast to the natural beauty of the desert, she finds the towns 'squalid' and her use of the word 'brittle' for the air suggests a fragility in her mood, an uncomfortable all-pervading gritty irritation she can 'almost grind' between her teeth. She uses the semantic field of disgust to describe the town she passes through, evoking her attitude towards the 'fumes' that 'belched'. The plosives continue the brutal, blunt mood she's in, where meat is 'butchered' - suggesting violence, 'blackened' by flies, a level of hygiene she seems to find shocking when she asks about the ancient persian traditions of 'antibacterial agents'. Her knowledge of ancient culture shows that though she is educated in foreign customs, this place is alien to her understanding. Though she is interested in it, her guide prevents her, which she is swept along by, as if she is powerless in their hands.

When she uses the word 'penetrating' the desert, it suggests she feels she is breaking into something pure, piercing it - but safe in the 'solid' car that reminds her of her husband. The repetition of 'so far' suggests alienation, that she is getting further away from him, emphasised further by the word 'pined' which suggests wasting. Oddly, though, she says she is 'not unhappy' - but 'quite the reverse'. This very British understatement could almost be missed. She says she is happy, despite the unhygienic horrors of the town and the frustration she feels towards her guide.

We can see this when she says 'whenever it was possible' she kept the window open, as if she longed for the sensation of the wind, even though it is 'burning her'. We get the feeling that though these experiences are shocking, unpleasant, even to the point of 'burning', she relishes them - she is enjoying the alien brutality of it. Her rhetorical questions show her thirst for knowledge about the animals she sees - without glamour - as 'flea bitten'. She marvels at their very presence.


She creates a sense of excitement, danger, and mystery as they pass through the nameless town, showing how she feels swept along, bombarded with strange sights and sensations. The rule of three of 'enfolded' 'exposed' 'eyelash' shows her shock at how extremely the women are covered - and she is rather rude towards the men, describing them as 'gnome-like', whereas the women are 'purposeful'.


She feels that the place is ill-organised, 'shambolic' but is 'itching' - frustrated and excited to get out of the car and get into it.


This answer is 500 words long, approximately one and a half sides of small handwriting or two of medium. It would score 8/8. You would not need to include everything that is here to score 8 though, and do be careful not to go on about language in too much detail as that is covered properly in question 4.