How to Describe Place, Create Setting, Mood and Atmosphere in Creative Writing 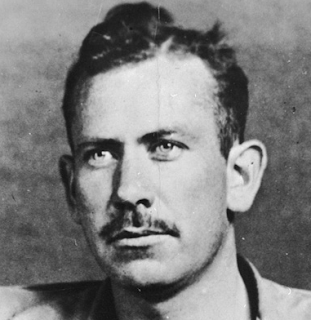 This example of setting, mood and atmosphere is from John Steinbeck's Of Mice and Men, from the final chapter which returns to the setting from the start of the book. The location is Salinas, California.
The deep green pool of the Salinas River was still in the late afternoon. Already the sun had left the valley to go climbing up the slopes of the Gabilan Mountains, and the hilltops were rosy in the sun. But by the pool among the mottled sycamores, a pleasant shade had fallen.

A water snake glided smoothly up the pool, twisting its periscope head from side to side; and it swam the length of the pool and came to the legs of a motionless heron that stood in the shallows. A silent head and beak lanced down and plucked it out by the head, and the beak swallowed the little snake while its tail waved frantically.

A far rush of wind sounded and a gust drove through the tops of the trees like a wave. The sycamore leaves turned up their silver sides, the brown, dry leaves on the ground scudded a few feet. And row on row of tiny wind waves flowed up the pool’s green surface.
As quickly as it had come, the wind died, and the clearing was quiet again. The heron stood in the shallows, motionless and waiting. Another little water snake swam up the pool, turning its periscope head from side to side.

Suddenly Lennie appeared out of the brush, and he came as silently as a creeping bear moves. The heron pounded the air with its wings, jacked itself clear of the water and flew off down river. The little snake slid in among the reeds at the pool’s side.

Lennie came quietly to the pool’s edge. He knelt down and drank, barely touching his lips to the water. When a little bird skittered over the dry leaves behind him, his head jerked up and he strained toward the sound with eyes and ears until he saw the bird, and then he dropped his head and drank again.

When he was finished, he sat down on the bank, with his side to the pool, so that he could watch the trail’s entrance. He embraced his knees and laid his chin down on his knees. The light climbed on out of the valley, and as it went, the tops of the mountains seemed to blaze with increasing brightness.
+ Get more Creative Writing Resources