Quotations for an Essay on Women in Othello: Female Characters 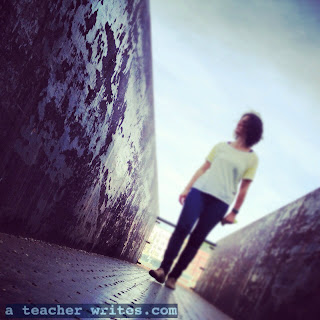 Question
It is often suggested that the women in Othello are weak. In fact, Othello is a play of female power. Evaluate this claim.
Things to think about:
Which of the men could we say are under women’s power? Which most, which least? Could we say the women are equally under the men's power?
Is Desdemona's selflessness a flaw? Or is it strength?
What is the view in the play of the balance of power between a man and his wife (sexual and political)?
Which of the characters change most or least?
Much is made of women’s dishonesty in the play in men’s speech. How does this compare to the reality? Do they speak false or speak truth?
It is argued that the women are ‘silenced’ and that the men extinguish them. But is this a sign of weakness, or rather that the men fear, and are obsessed by them, infected by their power?
In the social and historical context, is obedience or selflessness considered weakness - as we seem to do - or strength?
Could we argue that the men of Othello destroy Desdemona because of the power she has?


Quotations
These are some quotations I pulled out of Othello to show the power of women (act and scene reference is given, but not line reference, sorry). Traditionally, we focus on the weakness of the women. Personally, I think you can make a strong case that Othello is really a play about female power over men. Check these and see what you think:

Women in OTHELLO I i IAGO ‘There are many events in the womb of time which will be delivered’; I ii IAGO ‘My Muse labours’ OTH ‘my soul hath her content’ Vii OTH ‘it is the very error of the moon,/ She comes more near the earth than she was wont/ And makes men mad’ AND IAGO ‘Her appetite shall play the god / With his weak function’; V OTH ‘A balmy breath that doth almost persuade, / Justice herself to break her sword.’ AND Iii CASS ‘The divine Desdemona’ ‘the grace of heaven … enwheel thee round!’ BUT III iv, Emilia reasons, ‘Men are not gods’.
Iii IAGO ‘our raging motions, our carnal stings, our unbitted lusts’; Brabantio suffers ‘scandal’ then death from his daughter’s disobedience GRAT Vii ‘thy match was mortal to him’; Othello and Rodrigo are in Desdemona’s power. II ii IAGO ‘my sick fool Rodrigo whom love has turned almost the wrong side outward’. I ii CASSIO refers to DES as ‘our great captain’s captain’, and in II ii IAGO says ‘our general’s wife is now the general’ he has ‘given up himself’ to her.  I ii OTH greets her in Cyprus with: ‘my soul’s joy’ ‘cannot speak’ ‘discord’ ‘I prattle out of fashion’. The only man who isn’t in woman’s power, Cassio, is the only major character left standing: as Governor of Cyprus. … In III iv, he says to BIANCA: ‘leave me now’ [I do not wish the general] ‘to see me womaned … not that I love you not’. But even he begs women: III i CASS to EMILIA: ‘I am much bound to you.’ OTH to DES ‘I will deny thee nothing.’
The men are obsessed with sex, and the power women gain over men through it:
I i ‘tupping your white ewe’, ‘your daughter and the Moor are making the beast with two backs’; I ii IAGO refers to Othello’s sexual desire for Desdemona as ‘food’ ‘luscious as locusts’ then says ‘when she is sated with his body’. Compare: EMILIA ‘Their wives have sense like them: they see and smell, / And have their palates … as husbands have … let them know, / The ills we do, their ills instruct us so.’  III i OTHELLO: ‘O curse of marriage / That we can call these delicate creatures ours / And not their appetites!’
Saint-like purity of Desdemona, her powers
YET Desdemona proves incorruptible (like saints, and Heaven): IIii CAS ‘a  most exquisite lady’ // IAG ‘full of game’ // CAS ‘fresh and delicate’ // IAG her ‘eye… a parley of provocation’ // CAS ‘inviting, and yet right modest’//  IAG ‘an alarm to love’// CAS ‘indeed perfection’ IV ii ROD to IAGO ‘the jewels you have had from me, to deliver to Desdemona, would half have corrupted a votarist’; DES is referred to as a ‘jewel’ by Brabantio in I, and in V OTHELLO: ‘One whose hand, like the base Indian, threw a pearl away,/ Richer than all his tribe.’ This links to his earlier reference to ‘if she had been true’ he would not have given her up for a world ‘Of one entire and perfect chrysolite’. EMILIA ‘honest, chaste, and true’ ‘the purest of her sex.’ Iiii Equal love: FIRST SEN ‘soul to soul’ OTH ‘I did thrive in this fair lady’s love/And she in mine.’ She gave me ‘hints’. V, EMILIA ‘She was too fond of her most filthy bargain’. III i OTHELLO ‘She had eyes and chose me.’
Men are weak, corrupt and the women stand up to them
V EMILIA ‘I’ll make thee known’ ‘I will not charm my tongue. I am bound to speak.’ ‘Villainy!’ ‘Tis proper I obey him but not now.’ ‘Now lay thee down and roar!’ ‘All cry shame against me yet I’ll speak’ ‘So comes my soul to bliss as I hear true / So speaking as I think, I die, I die.’ ‘What should such a fool do with such a good woman?’
Christ like strength in suffering
V DES ‘Nobody, I, myself… Commend me to my kind lord’ ‘a guiltless death I die’ ‘O Lord, lord, lord’ (cf My lord, my lord, why have you forsaken me?). When Emilia accuses ‘some eternal villain’ of having devised some ‘slander’, DES: ‘If any such there be, heaven pardon him!’ OTHELLO ‘Methinks should now be a huge eclipse / Of sun and moon, and that the affrighted globe, / Should yawn t alteration.’ Cf ‘But from noon, for three hours until the death of Jesus, there was darkness’ (Matthew 27:45).
VI ‘she will sing the savageness out of a bear’ DES ‘I will not stay to offend you.’ // LOD ‘Truly an obedient lady.’ DES ‘Lay your blame on me’ IAGO ‘holds it a vice in her goodness not to do more than she is requested’ ; he will make of her ‘goodness’ a ‘net to ensnare them all’. When Emilia says of men’s sins: ‘The ills we do, their ills instruct us so.’ DES ‘God me such usage send, / Not to pick bad from bad, but by bad mend.’ Cf Old Testament ‘eye for an eye’ vs Christ’s radical message ‘turn the other cheek’                                                                           ‘perdition catch my soul, / But I do love thee, and when I love thee not, / Chaos is come again.’ ‘lest her body and beauty unprovide my mind’ ‘I’ll chop her into messes’ ‘Put out the light’. Othello, like all men, has proved inadequate to Desdemona’s divine love. V ii ‘Whip me you devils, / From the possession of this heavenly sight’.