This post covers question FOUR. Yes, I am a GCSE examiner. Scroll down to get the student answer with grade... 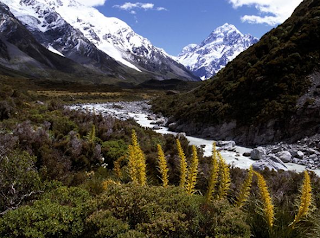 Now you need to refer to Source 3, Saved, and either Source 1 or Source 2. *beware of comparing all three
4. You are going to compare two texts, one of which you have chosen. Compare the ways in which language is used for effect in the two texts. Give some examples and analyse what the effects are. (16 marks)
In Item Three, the writer describes Parrado and Canessa through the use of powerful adjectives and verbs.* generalised effect (Band 2) The writer writes about how Parrado “spurred,” which is symbolic of his eagerness to explore his new surroundings.* clear effects of language (Band 3). This verb’s enthusiastic connotation makes the reader instantly think that Parrado is perhaps more adventurous than Canessa. The writer then later supports our interpretation by saying that “[Canessa] could not go on,” suggesting his lack of enthusiasm, in comparison to Parrado. Not only does this support the reader’s previous interpretations of Canessa, but it highlights the difference between the two characters, allowing all the readers to be able to relate to the character that best suits their personality.
Contrastingly, Item One doesn’t not include the same amount of adjectives and verbs, as its purpose is not to describe, instead the Item is a piece of informative writing, and in order to attract the attention of parents – their target audience - they adopt a light-hearted tone.* this is 'generalised/about purpose/audience' and is a bit Band 1 ish Words such as “memorable” and “fun” appeal to the parents, as all parents would want their children to have fun, and with the programme preaching safety, whilst, at the same time, being “fun” and “memorable,” it attracts the parents to their programme.* you aren't getting marks for explaining about the audience
Additionally, the light-hearted tone is made evident by the writer’s incorporation of commonly used words, instead of technical words, to allow all parents to understand the information.* 'Generalised Effect (Band 2)'
In Item Three, the writer decides to use colour imagery, which then allows the religious conceit to become evident.* clear effect of language - almost perceptive - but doesn't quite link to the next sentence. Colours such as “green,” “yellow” and “purple” can all be associated with nature. They don’t symbolise the negative sides of nature – like brown would, for example – instead they emphasises natures beauty. As a result of the writer deciding to say that characters’ had “tears of joy” and “exclaimed with happiness and delight,” the readers feel that they too should exclaim with happiness at the sight of nature. * clear effect of language (Band 3) This colour imagery follows into a religious conceit becoming evident, with language such as “blessed valley” and “Garden of Eden.” Not only does the word “blessed” symbolise the upmost beauty of the mountains, its incorporation in a religious metaphor makes the reader have a feeling of awe and wonder, and imagine the beauty of the mountains too. * clear, becoming detailed (Band 3)
Item one, on the other hand, doesn’t use colour imagery* not a brilliant link, and instead uses triplets – including an alliterative triplet – to make the safety issues memorable. RNLI tell the reader to “slip on a T-Shirt, slap on a hat, slop on the sun cream.” The use of alliteration of the ‘s’ sound sounds like the sound a snake would make, which could show the darkness the beautiful sun can have if parents don’t take the necessary precautions. Moreover, there is no use of the word ‘and’ in the triplet, which shows that the list will still go on, and that there are many more precautions that need to be considered, hence if they send their children to the RNLI course, their children will become more knowledgeable about the precautions that need to be taken at the seaside.* detailed, clear effects of language 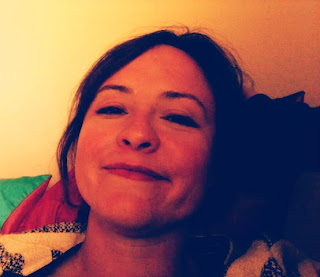 
Grade (Band 3) 10/16 - roughly a B
The student might have found this easier if they had chosen the text about the rescue of the miners as this had clearer emotive language in it. There were some links - not always especially clear or well-explained, and the student did comment on language competently - though not perhaps in as much depth, or as consistently as they could. 10/16 is actually a very creditable mark for this question, where marks between 4-7 are far more common.
More able candidates may spot the extended biblical/religious conceit running through the passage: paradise, ‘this blessed valley’, Garden of Eden, the idea of being ‘saved’.

Source 1
The title is a pun: the Class is the class of schoolchildren but it also means doing lifesaving in a good, interesting, ‘cool’, way indicating that the programme is all of these things..
There is direct speech used for effect, ‘Help! ’ is arresting and dramatic and engages the reader. It is part of the ‘scenario’ which is described with some mystery and drama because, ‘fortunately’, it’s not real.
Titles and terms are employed, RNLI and Beach to City – the latter is, itself, descriptive/pictorial.
The text is informative/narrative but there are important phrases like ‘listen to and retain’, ‘ beach safety messages’, ’memorable and fun’; ‘to get to grips with’ is metaphorical and literal.
Some language use is deliberately figurative to aid memory: ‘slip on..slop on..slap on...’ which is also alliterative.
Informal language is used ‘First up..’, ‘Next up..’
Humour is employed with the red flag /shark story.
The antithesis ‘Sharks don’t but inflatables do’ emphasises the danger of inflatables by comparing them to sharks which they partly resemble –so a visual image is created.
Duncan’s direct speech and anecdote is used to emphasise the point about inflatables.
Informative details, dates, figures, places effectively fit the purpose of the piece.

Source 2 (if used)
Some evocative words indicating a problem or disaster, e.g. ‘rescue shaft’, ‘broken through’, ‘underground chamber’, ‘stranded’ occur at the beginning of the piece, engaging the reader and setting a tone of excitement, danger, concern.
Alliteration occurs with ‘major’, ‘milestone’, ‘mine’ for emphasis, engagement.
The purpose of the article, to inform, is reinforced by language which is factual: dates, times, figures.
Direct speech is used in a contrasting way: the politician is named, detached and political ‘This is an important achievement’; the relative of the miner is emotional, ‘Now we can begin to smile’.
An element of drama is introduced with Goldborne’s second warning quotation ‘But we still haven’t rescued anybody’
Vivid language is used: ‘remote hillside’, ‘forest of TV antennas’, ‘interest continues to surge’, ‘media onslaught’ and ’underground dungeon’-which relate back to the ‘underground chamber’ at the beginning of the piece.
Candidates need to take these, and or similar, examples and effects and compare the different uses for different purposes made by the writers. Vivid words and images should be explained and interpreted for higher marks.
Candidates may include person, tense and devices but these need to be exemplified with language examples and their effects explained for higher marks. *
* (c) 2012 AQA

If you're a teacher and would like to use the comments on the answer in class, please include the attribution (c) 2013 Melanie Kendry www.ateacherwrites.com

Want me to write you an essay? Ask in the comment box below.
Get all essays for Moon on the Tide
+ Get all AQA Resources