Question four is the one that students struggle with the most, producing vague, low-grade answers. Examiners are looking for specific comments, which analyse the specific mood or effect of a particular word in context. Don't just list techniques that you have spotted. You need to explain their specific effect. 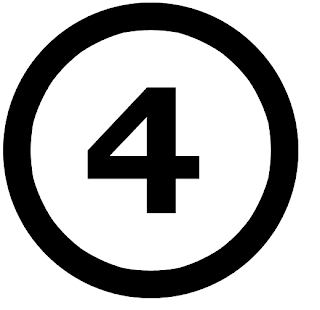 Scroll down to get the model answer. It is 800 words long, almost three sides of small handwriting and would score A*.

We've been working on the June 2013 ENG1H paper, and this is our answer for question four. My student is brilliant at spotting technical terms. He needs a little help with explaining the effect correctly, and specifically. I've underlined the phrases that I used to analyse (Band 4, A-A*). Technical terms are in bold and if you click on them, you can get a definition with examples.

Probably I'm being too harsh on him here. You could argue it's sinister. And it definitely is the semantic field of darkness. I just think he can do better.
>
Improved answer:
The author uses sensory language to get across a sense of the power or weight of night: its 'density'. The short abrupt fragment increases the impact of this simple, clean statement, which she then expands using words like 'vast', 'flat', 'immensity', and 'expanse' from the semantic field of huge size - showing she feels tiny in the 'tarpaulin drawn over', as if it's a huge, but protective darkness - something unlike anything she's experienced before. The sibilant 's' sounds in this section create a relaxed mood. She juxtaposes darkness with light: the precious seeming 'crystal' stars, as if they've been sharply, skilfully cut, and the final mood is positive, with the emphatic word that she 'loved' it.


Student answer:
In contrast, source 2 uses plosives 'typical teenager probably'  to get that explosive, dangerous feel across to the reader, unlike source 3 which is relaxed.
What's the issue with this?
1. 'typical teenager' is not particularly dangerous - (though a 'ticking timebomb' is)
2. he just said the mood of source 3 was sinister. Now he's saying it's relaxed - which it is - but it can't be both.

Improved answer:
Source 2 also uses sensory language, which, here, is strongly emotive: words like 'severe', 'dangerously', 'ticking time bomb' and 'bad' are threaded through the text to indicate how bad the problem has become. In this case, plosives feature heavily in the 'd', 't' 'b', creating an explosive effect. Lists are also used for emphasis, to give a sense of how overwhelming the over-consumption has become, and also the deficiencies, and the writer uses jargon to add a scientific, and yet more worrying edge to the problem: 'iron, magnesium, selenium' - things which many people won't have heard of, won't realise they need, and this will panic them into seeing their own ignorance and the fact that they too may be at risk. She lists: 'pizza, sweets and sugary drinks', with the sibilant sounds creating a hissing, sinister effect - as in the word 'guzzlers', which suggests a monstrous, unthinking appetite, and has an almost cartoonish effect, like the idea of a 'ticking timebomb'. The lists, hissing sounds and plosives in 'bomb' create an urgent, overwhelming effect as if this mass of poor diet is building to a hideous climax.


Juxtaposition is used for effect in both pieces. In Source 2, McRae balances positives with negatives. She juxtaposes 'disease and ill health' - with the good things, that teenagers are 'shunning': 'fruit, vegetables and oily fish'. The balanced and parallel constructions show that this is as much a problem of too many bad things, as it is of not enough good things. Drinkwater uses a similar technique to different effect where she juxtaposes the alien squalor of the landscape with her curiosity and thirst for it. She mixes positives 'loved', closely with negatives, 'frustration,' - even in adjacent sentences.

Rhetorical questions back to back: 'What?' 'How?' show Drinkwater's curiosity. There are no answers, creating the sense of mystery that she felt. Words like 'penetrating the desert' show that she feels she is forcing her way into a mysterious, closed place. She contrasts emptiness 'flat black', and 'silence' with the busyness of the towns where she uses lists, as Source 2 does, to create a sense of chaos: 'donkeys, cars, carts with long-bearded...' In this list, she misses out the word 'and', which creates an even more crowded effect as the items are packed together, an effect that is emphasised by the double compound in 'long-bearded gnome-like'. By pressing the words thickly together, she creates a sense of claustrophobia, but the word 'gnome' also has a slight fairy-tale, unreal atmosphere.

Unglamorous, negative language shows the dirty side to travel: 'belched', 'butchered' and 'blackened by flies' use plosives uncomfortably close to liquids to create a harsh, but oozing effect. Colloquial words like 'belched' suggest disgust, as does the vivid sensory language of 'blackened by flies', which means the meat is literally crawling with bluebottles, a vile sight. The word 'butchered' is similarly emotive - as this tends to be used for particularly brutal killings, and the word 'hung' shows its helplessness. The alliteration of 'hung in the heat', draws attention to a practice that would be alien to our own food-loving health and safety culture.

The writer portrays her own helplesness, and frustration through her choice of words: 'frustration', but also 'grind between my teeth' and 'brittle' as if it's tense and she's about to break. The wind dries her skin 'like an old prune', shrivelling her, as if it sucks the life out of anything it touches. She, like the women, is trapped - her in the car, which she is 'itching' to get out of, the women are 'enfolded in black' with nothing 'exposed' not as much as an 'eyelash'. The alliteration here emphasises how un-exposed the women are, moving from the large wrap to the tiniest detail of a single eyelash. This links to the word 'risky' which is used, suggesting this town may be dangerous for a woman.

+ Get all resources for AQA English