What is a Metaphor? Definition. How is it different to a simile? Types of metaphors and examples. 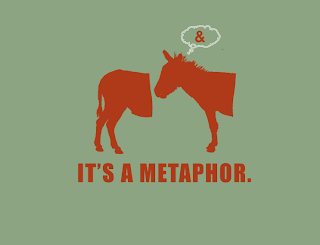 Metaphors and similes are a type of word-magic. They conjure up two ideas - the thing you’re literally describing, and something else as well.


Can't be bothered to read? Listen to the podcast of this page below. 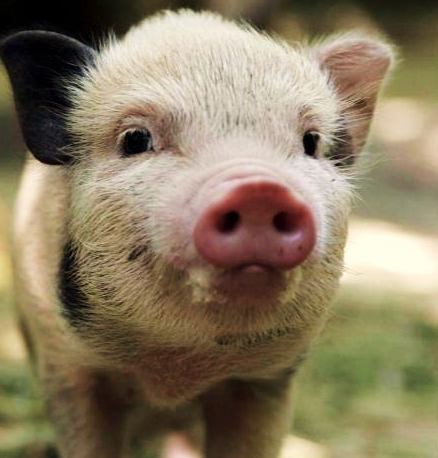 The effect is to create a bad image or word-picture firmly linked to the person you’re insulting. None of them are literally true.

Why are metaphors so confusing?
Sometimes the first - literal - meaning is hidden, like a riddle. But there are many metaphors which we all understand without having to think too hard. Maybe you didn’t even realise that they are metaphors...
‘give me a hand’ > help me, please
‘skyscrapers’ > very, very tall buildings
‘I’ve got a lot on my mind’ > I have a lot of worries

These are called ‘dead metaphors’. They’re old, cliched and we know them so well that we don’t even have to think about what they mean. If you're studying metaphor at a more advanced level then you really need to read Metaphors We Live By, by George Lakoff and Mark Johnson.

Metaphors are everywhere. They help us express feelings and concepts with crisp, clear images.
prices are rising vs I’m feeling down
I’m going to burst vs I feel so empty
her eyes blazed, a blazing row vs a cold look, cold as ice
I’m out at sea, I feel lost vs I feel at home here, a warm feeling
I gave her my heart vs he promised me the moon,
not for a million pounds, his face was priceless vs it’s worthless
things fell apart, it exploded vs things are coming together, I’ve built it up
a crushing blow, feeling claustrophobic, feeling trapped vs limitless possibilities, let’s explore this idea, let’s open it up, blue-sky thinking, reach for the sky
this instant, in a second vs I will love you forever, to the end of time

These are fresh metaphors:
wind wielded blade-light (Wind, Ted Hughes)
fog slept on the wing above the drowned city (Charles Dickens)
forests of the night (Tiger, Tiger, William Blake)
the death of the sun (Charles Dickens)
boiling mountains of snow white cloud (Space Shot, Gareth Owen)
liquid sun (Blessing, Imtiaz Dharker)
ecstatic monsters, (Horses, Edwin Muir)
flight... through the bones of the living’, (Hawk, Ted Hughes)
crumbs of gossip, (An Old Woman, R S Thomas),
the question mark of head and beak (Space Invaders, Owen Sheers)
cold-footed useless swine, (The Hero, Siegfried Sassoon)
an ever-fixed mark that looks on tempests and is never shaken (Sonnet 116, Shakespeare)
the roses in your cheeks have faded (A Midsummer Night’s Dream, Shakespeare)
All the world’s a stage, (As You Like It, Shakespeare)
be the serpent (Macbeth, Shakespeare)

Similes
Similes are much easier to spot. They always use like or as. Look at these:
e.g. ‘the building looked like it scraped the sky’ (simile), ‘skyscrapers’ (metaphor)
‘Her skirt was like a wilted cabbage leaf.’ (simile, Agatha Christie) > Her wilted cabbage leaf skirt, drooped. (metaphor)
Her eyes almost disappeared, like two raisins sinking into a bowl of rice pudding. (simile)
A woman like a 1990s wrestling doll with crinkle-tanned skin and a bleached blonde mullet... (simile)

Myth: metaphors always use ‘is’ or ‘was’
Sometimes they do. But not always. It’s not that easy, unfortunately.

Pathetic Fallacy [learn more]
A type of personification only concerning weather. So the weather echoes characters’ emotions. For example: ‘the war in the sky raged on’, ‘the sun glared, shrivelling the earth to dust’, ‘clouds fled’, ‘the stars hid’, ‘dusk settled in the corners of the valleys’.

How to create metaphors:
Her skirt was like a flag > Her skirt blew out like a flag of surrender [learn more about how to do this]