How to Write About Repetition for Effect: Ploce, Polyptoton, Anaphora, Epistrope, Anadiplosis 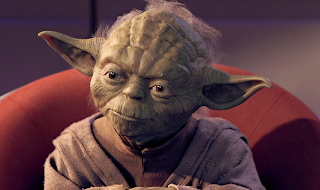 ATeacherWrites.com
Repetition is used to create emphasis, show connections, how ideas transform, develop, build. It can be done at the level of sounds (letters), words or ideas - in a range of patterns.

1. Anaphora – repetition at the start of units (sentences or clauses). Make sure you comment on the part that repeats as well as the part that doesn't. See the following examples:

We shall go on to the end, we shall fight in France, we shall fight on the seas and oceans, we shall fight with growing confidence and growing strength in the air, we shall defend our Island, whatever the cost may be, we shall fight on the beaches, we shall fight on the landing grounds, we shall fight in the fields and in the streets, we shall fight in the hills; we shall never surrender."
- Winston Churchill, speech to the House of Commons, June 4, 1940
How to write about it: the repetition hammers home the determination and persistence which may be needed in the face of the German threat. The repetition of the inclusive pronoun 'we' builds togetherness in a time of crisis, and the future subjunctive 'shall' shows what people will do. Churchill is not asking them, or suggesting what they might do. He is describing the future as if it is fixed, certain, confronting people's worst fears, which increase in magnitude as the list progresses. The German invasion is never, mentioned, only implied, keeping the focus firmly on the British actions to 'fight' and 'defend', and the vivid picture of the country that he conjures up in 'seas', 'beaches', 'fields' and finally moving - as a last stand - deeper into the 'hills'. Here, Churchill conjures up an unstoppable tide of invasion that pushes people deeper in, and yet, he says 'we will never surrender', altering the structure of what they 'shall do' to what they 'will never' do, using this powerful absolute with the weak word 'surrender'. Here, through words, Churchill re-defines reality, and shapes the future.
Mad world! Mad kings! Mad composition! —William Shakespeare, King John, II, i
How to write about it: The image of madness is put at the head of each exclamation, moving from large - 'world' through 'kings' to speech or 'composition'. The rule of three has an almost hyperbolic effect. This is madness carried to the limit.
2. Epistrophe – also called antistrophe - is repetition at the end of units. It is highly emphatic and is often used in a rule of three, with zeugma: one idea - three consequences. As with anaphora, you should also comment on the part that does not change. It can feel a little artificial.

How to write about it: the writer explores the dangers of 'affections', which we would normally think of as a positive and turns it into a negative, through hammering home the positive qualities that are 'subdued': 'reason' - or intellect, 'honesty', increasing dramatically to 'evil'. Here, he shows through the rule of three, just how corrupting kindness or love can be.
How to write about it: the writer repeats the cry 'Philoclea', re-creating the effect of a repetitive, bleak lament. The rule of three 'weep', 'sigh' and 'cry' shows a depth of suffering that can only repeat itself, re-experiencing the same emotion in different words.
Genius-Level Reptition
3. Anadiplosis – repeats the end at the start of the next. This stresses logical connections, creating a strong flow of one thing leading into another. It also allows the most important ideas to be strongly highlighted, because they are repeated in quick succession. We are swept sometimes in a shocking movement from one thing to another. In the example below, fear leads to suffering:
'Fear is the path to the dark side. Fear leads to anger. Anger leads to hate. Hate leads to suffering. I sense much fear in you.' Yoda in Star Wars Episode 1: The Phantom Menance
"Watch your thoughts; they become words. Watch your words; they become actions. Watch your actions; they become habits. Watch your habits; they become character. Watch your character; it becomes your destiny.” proverb, original source unknown
How to write about it: The logical chain of 'thoughts' to 'words' to 'actions' to 'habits' draws us inexorably towards 'destiny'. Here the writer shows that something as seemingly insignificant and insubstantial as 'thoughts', can produce something as grand and all-encompassing as 'destiny'.

We also rejoice in our sufferings, because we know that suffering produces perseverance; perseverance, character; and character, hope. And hope does not disappoint us." —Romans 5:3

Ploce is repetition of the same word, with two subtly different meanings. It often plays on ambiguity. For example,
certain words in English can be a verb and also a noun, like 'to place' (verb) and 'a place' (noun).
'The future is no place to place your better days.' - Dave Matthews, Cry Freedom

Here are some examples:

How can I write about it? Shakespeare uses ploce to emphasise that true ‘love’ can be distinguished from seemingly identical false ‘love’.

5. Polyptoton
Here, the word is repeated in a similar form - transformed. You should comment on the transformations, how they suggest both a strong connection and perhaps a difference.

- Love is not love which alters (verb) when it alteration (noun) finds, / or bends with the remover (noun) to remove. (verb) - 'Sonnet 116, Let Me Not', William Shakespeare.
How to write about it: Shakespeare emphasises how easily love can be destroyed, and how it must resist. Love would have to be very strong indeed not to 'alter' when it finds 'alteration': the two seem to belong together. The effect is increased because the polyptoton is used twice in quick succession.
- Strike as I struck the foe! Strike as I would / Have struck those tyrants! Byron, 'Marino Faliero'
How to write about it: the polyptoton in 'strike/struck' threads the idea of violence through the phrase, like a chain of cause and effect where one act of violence causes another, in a repetitive, hammering effect.