What is Hubris? Ooh! Really interesting post with Hitler, the Balrog and an Atomic Bomb in it! Come see... 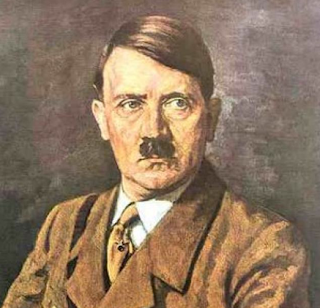 Examples of usage:
'Macbeth's hubris (arrogant belief that he can't be killed) is the driving force of the tragedy.'

'Ozymandias' believes, hubristically (in an over-proud way) that people will 'Look on my works' forever. Yet the traveller finds his empire laid waste by time.' [read whole essay]

Hubris is when you literally think you're immortal or indestructible or like God, as where Macbeth comes to believe he can't be killed. Dr Frankenstein is guilty of hubris as he challenges God's power as the Creator when he attempts to create life (not in the usual way: 'when a man loves a woman...'). Both Macbeth and Frankenstein are punished for their 'vaulting ambition', or hubris. And so is Dr Jekyll of The Strange Case of Dr Jekyll and Mr Hyde.

What's really interesting about Hubris is what it tells us about human nature. We're anxious about god-like knowledge, technology, and our power to create - and where it will lead us.

Knowledge is Power
Almost the first story in the Bible (in Genesis) is about Hubris. In the beginning, God made creatures out of clay, 'in his own image' - aka 'people'. Then the people ate from the tree of knowledge and became clever, so God punished them by booting them out of Eden (paradise). A 'good life' thereafter is to return to Paradise (heaven) by being good, and obedient. But what if people aren't obedient? What if they love their god-stolen knowledge and want to use it?

This links to the Greek myth of Prometheus. Prometheus created people out of clay. Then he stole fire from the gods and gave it to humans. Fire, here, symbolises knowledge, science and technology (fire is the first human invention. You could even argue the invention of fire is when we became 'human', not 'animal'). In this story, it's Prometheus who is punished.

More Bible Stuff
Adam and Eve aren't the only ones in the bible with ideas above their station. In Daniel 3, God punishes Nebuchadnezzar for hubris - (massive boasting about how great he is). Nebuchadnezzar goes mad and lives wild like an animal for seven years. It makes sense God would blast any rivals - God freely describes himself as a 'jealous God', and says 'thou shalt have no other god but Me'. In His Infinite Wisdom, He also blasts Lucifer - aka 'the Angel of Light', the most beautiful and clever and generally amazing of all God's angels, for getting ideas above his station. Lucifer's big blunder is to mistake God for Just-Another-Angel, put up for boss and get his butt kicked out. Oops! 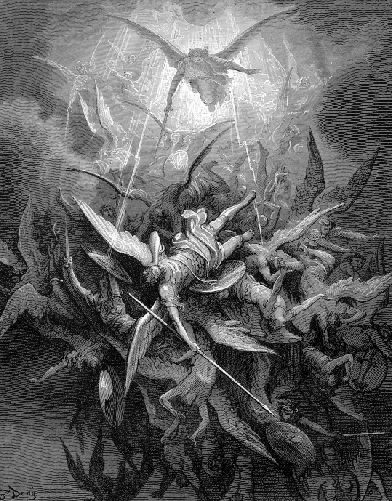 After he leaves home, Lucifer changes his name to 'The Devil'. If you can't picture this in your head, try watching the bit where Gandalf fights the Balrog, but imagine the Balrog as a very beautiful Angel, Ian McKellan as Absolutely Massive (God) and not getting whipped to bits then sucked into the chasm:

Yet more Hubris
Dr Frankenstein and Dr Jekyll weren't the only ones with ideas above their station. That guy with the white beard in the first Jurassic Park film had it too.
White Beard Guy: I know, let's create giant vicious dinosaurs and unleash them.
His Grandkids: Hey, can we pet them?

Albert Einstein: I wonder what would happen if I split an atom?

Hubris = this is what happens when people get clever ideas.

But...
Is god-like arrogance always hubris? For example, will you definitely get blasted if you claim you can make people live forever? Take the end of Shakespeare's Sonnet 18, for example:

Students often ask did Shakespeare think his books would still be read today, hundreds of years later?
Yes. Shakespeare didn't think his work would last forever; he knew. So no, it's not hubris. Because he was right. 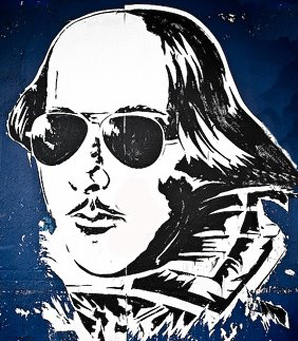