The Genius List: How do Writers Use Language? GCSE and IGCSE Technical Terms and Techniques for English. 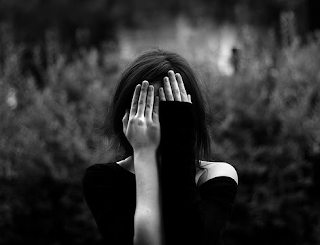 N.B. Use this list with extreme caution. You need to analyse meanings, effect, impressions on the reader of the content and context - DO NOT just feature spot.

Other techniques not listed here should be considered where relevant, such as repetition, use of short sentences for emphasis etc.
*These terms are the most useful for your answers.

*Alliteration:  The repetition of the same sounds or of the same kinds of sounds at the beginning of words or in stressed syllables.
Allegory:  An extended metaphor that runs throughout a text.
Allusion:  An indirect or passing reference to some event, person, place, or artistic work, the nature and relevance of which is not explained by the writer but relies on the reader's familiarity with what is mentioned.
*Anaphora: The repetition of the same word at the start of consecutive clauses or sentences.
*Anthropomorphism: The attribution of human motivation, characteristics, or behaviour to inanimate objects, animals, or natural phenomena.
Aposiopesis:  A sudden breaking off of a thought in the middle of a sentence, as though the speaker were unwilling or unable to continue.
Archaism:  The use of an archaic or obsolete word, phrase, idiom, or other expression.
*Assonance:  The repetition of identical or similar vowel sounds in the stressed syllables of neighbouring words.
*Asyndeton:  A form of verbal compression which consists of the omission of connecting words (usually conjunctions) between clauses.
Cacophony:  The use of harsh or discordant sounds in literary composition.
*Caesura:  A pause in a line of verse, often coinciding with a break between clauses or sentences. It is usually placed in the middle of the line (‘medial caesura’).
Chiasmus:  A figure of speech by which the order of the terms in the first of two parallel clauses is reversed in the second. This may involve a repetition of the same words (‘Pleasure's a sin, and sometimes sin's a pleasure’).
*Consonance:  The repetition of the same or similar consonant sounds in the same or neighbouring words whose vowel sounds are different.
*Ellipsis:  The omission from a sentence of a word or words that would be required for complete clarity but which can usually be understood from the context.
*Enjambment: The running over of the sense and grammatical structure from one verse line or couplet to the next without a punctuated pause.
Euphemism:  The substitution of an agreeable or inoffensive expression to replace one that might offend or suggest something unpleasant, for example, ‘he is at rest’, is a euphemism for ‘he is dead.’
*Hyperbole:  Over exaggeration for emphasis and/or effect.
*Irony:  A subtle inconsistency, in which an apparently straightforward statement or event is undermined by its context so as to give it a very different significance.
Litotes:  a type of understatement: common examples are 'no mean feat' and 'I'm not averse to a drink'. In other words, you say the opposite of what you mean: 'it's not huge' (meaning 'it's absolutely tiny')
*Metaphor: When one thing is described as being something else.
Metonymy:  A figure of speech that replaces the name of one thing with the name of something else closely associated with it, e.g. ‘the bottle’ for alcohol or ‘the press’ for journalism.
*Onomatopoeia:  The use of a word that imitates the sound it refers to.
*Oxymoron: A figure of speech that combines two usually contradictory terms in a compressed paradox, as in the word ‘bittersweet’ or the phrase ‘living death’.
Paradox:  An assertion that seems to be wrong, but also has an element of truth.
*Pathetic Fallacy:  The poetic convention whereby natural phenomena which cannot feel as humans do are described as if they could: rain‐clouds may ‘weep’, or flowers may be ‘joyful’ in sympathy with the poet's mood.
Persona: An identity assumed by a writer in a literary work.
*Personification:  A figure of speech by which animals, abstract ideas, or inanimate things are referred to as if they were human.
Pleonasm:  The use of unnecessary words to enrich an idea or thought. ‘No one, rich or poor, will be left out.’
*Polysyndeton:  The repetition of conjunctions in close succession for rhetorical effect, as in the phrase ‘here and there and everywhere’.
*Sibilance:  The marked recurrence of the ‘hissing’ sounds known as sibilants ( s, sh, zh, c).
*Simile: An explicit comparison between two different things, actions, or feelings, using the words ‘as’ or ‘like’.
Synecdoche:  A common figure of speech by which something is referred to indirectly, either by naming only some part or constituent of it (e.g. ‘hands’ for manual labourers) or—less often—by naming some more comprehensive entity of which it is a part (e.g. ‘the law’ for a police officer). This is usually regarded as a kind of metonymy.
Synaesthesia:  A blending or confusion of different kinds of sense‐impression, in which one type of sensation is referred to in terms more appropriate to another. Common synaesthetic expressions include the descriptions of colours as ‘loud’ or ‘warm’, and of sounds as ‘smooth’.
Tautology:  The unnecessary and excessive repetition of the same idea in different words in the same sentence, as ‘The room was completely dark and had no illumination’.
Tricolon: A sentence with three clearly defined parts of similar length, usually independent clauses and of increasing power: ‘I came; I saw; I conquered.’
Zeugma:  A figure of speech by which one word refers to two others in the same sentence. Literally a ‘yoking’:  ‘He took my hand, and my heart.’