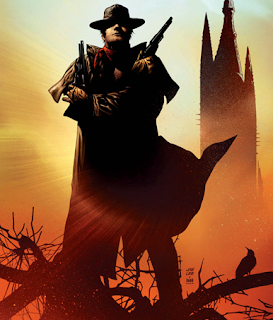 ATeacherWrites.com
OK, brace yourself, I’ve done a lot of analysis on essay technique in this one: on what I’ve done and why. It’s a request. The requestee wanted to know which bits were especially sophisticated and perceptive and what would make this essay an A*. Bits in courier are my analysis of the essay. Essay is in standard font (ariel).

I haven’t printed the poems here because I do not want to get sued to bits by Carol Ann Duffy. You have a copy of her poems in your anthology.

Here's a podcast of me reading Valentine:

Features of A* Grade Essays
[1] they make a lot of points in a short space of time, and don’t repeat themselves
[2] introduction is snappy and relevant, not just ‘in my essay I’m going to talk about’
[3] conclusion doesn’t repeat itself. It makes fresh points, which are interesting.
[4] the essay may also ask questions, and consider alternative interpretations - i.e. explore the plurality of meaning within the text
[5] student quotes and refers to technical terms in a way that supports their argument (not just to show that they’ve spotted them), linking terms used at the same time.
[6] Personally, I often make points so I can build on them later - like putting a gun on the mantelpiece in Act One so you can shoot someone in Act Three.

How does Carol Ann Duffy present relationships in Quick Draw and Valentine?

The Introduction paragraph states what POV, topic (literal and metaphorical or symbolic) and also theme (briefly) the poet uses. You’ve probably noticed I keep repeating the words of the question ‘relationships’, that I do quote - briefly - but try to keep analysis to a minimum. I make a lot of links between poems in the introduction. Later paragraphs will deal with each poem in turn. I’ve put the ‘sophisticated and perceptive’ bits in italics. However, the entire essay is A* standard in the way it’s woven together, so don’t miss chunks out. i.e. you can’t just quote the italics bit in order to get an A*.

Both poems are in the second person - addressed by the poet to a lover, giving the feel of a love-letter, as if we’re invited to an intimate space. Both take relationships as their topic. In ‘Valentine’, the literal topic seems to be a gift of ‘an onion’, which is a symbol for love, whereas in ‘Quickdraw’, the literal topic is texting on a mobile phone. Phone communication represents the relationship - and the pang of waiting for a response. Both show the dark side of love using unconventional imagery - childish imagery of playing with guns, in the extended metaphor of the Western gun battle in ‘Quick Draw’; the onion in ‘Valentine’. Both show the ‘fierce’ power of love.

My second paragraph is almost always on structure! This one’s no different. It’s easy to spot, clean and quick to deal with. It’s also particularly easy to compare, which lets you score marks for comparison.

‘Valentine’ seems wildly irregular, but is written in iambic pentameter, the jagged edges and abrupt end-stopped lines hiding an underlying calm, unstoppable rhythm, like the beating of a heart. [this is a sentence to die for, even if I do say so myself] The shortest line ‘Here.’ is a fraction of ‘Its platinum loops...’ [don’t quote the whole thing: it takes too long and is unnecessary] - monosyllabic, abrupt, a fragment, but with a soft, breathy quality like an exhalation. Much of the poem is monsyllabic, simple words to show the simplicity of love. The frequent line-breaks give pause for breath, or thought, giving a sense of slow care, while the repetition of ‘I give you an onion’ breaks the poem into two sections, a re-presentation of what it means, and seems to suggest: it always comes back to the image of the onion. In contrast, ‘Quickdraw’ looks very regular, albeit broken mid-line. The mid-line breaks create four stanzas of four lines each, but the abrupt, irregular breaking suggests fracture, or the shots fired in the gun battle - like mini cliff-hangers: ‘you... blast me // through the heart’. Duffy repeats a twisted version of a colloquial phrase at the end ‘Take this’ (normally ‘take that’), mixed with ellipsis ... so when the poem ends, the battle continues, but the words become vague - we can no longer see what’s happening: as if it fades out.

Next paragraphs include imagery, connotations, language and what have you. This is where I go through each poem line by line and try to figure out where I’ll end up in my conclusion. I’m going to do ‘Quickdraw’ first...

This paragraph put the gun on the mantelpiece (sets up my ideas)
In ‘Quickdraw’, Duffy uses the extended metaphor of a Wild West gun-battle, drawing on popular culture images of the gunslinger, through colloquial words like ‘quickdraw’, ‘choose your spot’ ‘high noon’ ‘calamity’ and the ‘Last Chance Saloon’. The semantic fields are of battle, but a cliched, pop-culture battle that shifts between child’s play and a real gunfight. Duffy narrates the battle as if in real-time, using the present tense: ‘I wear’ and ‘this is’, giving it a timeless quality, mixed with the past tense ‘You’ve wounded me’, which gives the feel this is a real story that has actually happened.

This one shoots (draws conclusions directly linked back to the question set)
‘Quickdraw’ is dominated by action, and active verbs: ‘ring’ ‘quickdraw’ ‘hear’ ‘groan’ ‘wounded’ ‘speak’ ‘twirl’, rather than analysis or traditionally poetic or elegiac imagery.
This adds to the sense that we’re right in the moment. The image of the standoff, the fire, then return fire, the posturing and facing each other down represents the relationship as one of combat: here through text and phone. This seems to be an early stages relationship - that moment where reply (and its content) is uncertain, builds tension and causes a pang - or pain. ‘Blast me through the heart’ is a metaphor for cupid’s arrow (falling in love), or pain - as in the proverbial phrase ‘you cut me to the quick’. The reactions of the gunslinger ‘I reel’ ‘I fumble’ ‘down on my knees’ are ones of defeat - or submission, of submitting to the power of the loved on.

Good luck and have fun with this!