Frankenstein Extract for Common Entrance, 11+ and KS3, The Gothic 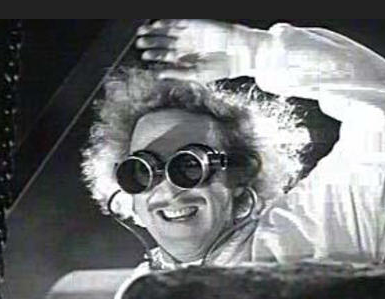 This is a short extract from Frankenstein which I use with students for comprehension, how to create character, setting and mood. I've explained the difficult words in brackets so it can be used with students age 11 up.
It was on a dreary night of November that I beheld the accomplishment of my toils [difficult hard work]. With an anxiety [worry] that almost amounted [added up] to agony, I collected the instruments of life around me, that I might infuse [put] a spark of being into the lifeless thing that lay at my feet. It was already one in the morning; the rain pattered dismally [miserably] against the [window]panes, and my candle was nearly burnt out, when, by the glimmer of the half-extinguished [put out] light, I saw the dull yellow eye of the creature open; it breathed hard, and a convulsive [very shaky] motion agitated [moved] its limbs.
How can I describe my emotions at this catastrophe, or how delineate [describe] the wretch [miserable thing] whom with such infinite pains and care I had endeavoured [tried] to form [make]? His limbs were in proportion [neat], and I had selected his features as beautiful. Beautiful!--Great God! His yellow skin scarcely covered the work of muscles and arteries beneath; his hair was of a lustrous black, and flowing; his teeth of a pearly whiteness; but these luxuriances [luxurious things] only formed a more horrid contrast with his watery eyes, that seemed almost of the same colour as the dun [dull] white sockets in which they were set, his shrivelled complexion and straight black lips.


Get  Of Mice and Men Resources here.