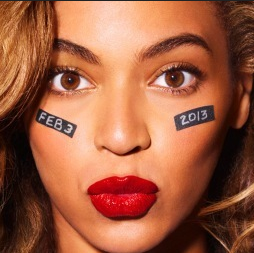 ATeacherWrites.com
This is an example answer I wrote for the AQA English Language Exam, though it would work equally well for WJEC, OCR, Edexcel and Cambridge IGCSE. This is Writing to Argue or Persuade. You could also use it for 'give a speech to your class'. Please don't copy this. It's just an example of how you can take a question and twist it, using a creative, rather than a purely factual approach.

This version was published first on The Huffington Post.

Question Set:
True role models are people who help others, not celebrities.
Celebrities are everywhere, gurning at us from screens, newspapers and magazines, invading the planet like a deadly weed. A-List to D-List, their eyes follow us wherever we go - giant, glossy, empty stares. Don't be scared! It's only paper.

We all want to be loved - stared at, adored. Or is that just me? We've all dreamed of draping ourselves in wafer thin ham and showing off in public. Or is that just me (again). I want a bodice just like Beyonce's, with the boob region embroidered with a giant pair of sequinned boobs. What to mere mortals is madness, put on a celebrity becomes genius. A few pounds of meat draws a million pounds' worth of publicity. Boobs disguised as boobs becomes headline news. It's magic.

When celebrities do mad things, it's eccentric. When I do mad things - it's - well, mad. So what is this weird looking glass world where we can look but not touch and everything looks so much bigger?

The Victorians had High Society, the circus and the freakshow. We've got it all, strangely muddled. Beyonce is a pop princess, and the Duchess of Cambridge is a pop star. Screaming crowds greet both of them wherever they go. I'm not even going to mention TOWIE.

Imagine being reflected in a million eyes. Like a freak-show mirror, it magnifies and distorts the good and the bad - a blessing and a curse. A mirror is cold, unemotional. The public is anything but - throwing colour, mood, desire onto the subject, twisting it out of shape. Is there any other way to explain Justin Bieber's hair?

The collective worship of millions - even billions - across the planet is bound to send you a tiny bit peculiar. Maybe that's what prompted John Lennon to say that the Beatles were 'more popular than Jesus'. Could it be? Is Justin Bieber bigger than God? We thought so for a time, before his Youtube views were soundly thrashed by the South Korean wonderboy, Psy. Maybe this is why he's sulking now, turning up late for concerts and generally misbehaving.

For better or worse, we make celebrities into role models, analysing their every move, and haircut. Should we be shocked when some don't stand up to scrutiny? And are we part of the problem? In 'Paper Towns', John Green writes that we find it difficult to understand other people: 'We idealize them as gods or dismiss them as animals.'

When we're not fainting over celebrities, we're criticizing their hair, their make up, their choice of entertainment, laughing over pictures of how they look without make up, because it makes us feel a powerful to throw stones at our new gods.

The ones who are famous for being famous get the worst criticism. Surely they deserve the highest praise? They've made something out of nothing. Even Jesus needed water to make wine. Don't criticise celebrities for being celebrities. Applaud their style: no fear, no doubt, no shame. Suddenly anything is possible.

Celebrities break up, and break down, all in the public eye - in a mess of raw emotion, laid out for all to see. For a moment, we feel a little bit more human, because we feel it too. We need nurses, doctors, lawyers; we need lifeboats, lifesavers, people who stand up and make a difference, who help others.

But we need to feel human too.

For interest, here's a chunk of an article I found that argues the opposite side. It's well written, and includes more facts and statistics.


Based on a recent Newsweek poll, 77% of Americans believe that celebrities have too much of an influence on young girls. This effect is especially evident in their appearance and attitudes. One poll participant, a first grade teacher, even noticed her students using derogatory language, singing suggestive song lyrics, and even flirting with each other. With celebrities creating impossible standards of beauty, more and more young adults are feeling 'less confident, more angry, and more dissatisfied' with their looks (National Institute on Media and the Family). Based on a poll, 40% of nine and ten year-olds had tried losing weight and at age thirteen (Body Image and Gender Identity, 2002), 53% of girls were unhappy with their image (National Institute on Media and the Family). Now, this cannot all be blamed on the media, but with celebrities becoming thinner and thinner, much self-confidence is lost and images of television stars or models have been connected to body displeasure (National Institute on Media and the Family). Stars need to be concerned about their image because of the unpleasant fact that it causes young fans to strive to be unhealthily thin. The National Institute of Mental Health estimates that eating disorders affect more than five million Americans a year, with disorders usually beginning in the teens or as early as eight. Celebrities should stay at a safe weight to insure their health and the effects their weight has in influencing their younger viewers.

Based on the latest Kaiser Family Foundation survey, two in every three parents feel that their children are being exposed to too much inappropriate content in the media. Where does this concern come from? 34% of parents stated that they believe that television contain the most inappropriate content. With television shows today including sexual content, violence, and adult language, children are exposed to unsuitable matter for their ages. Since many parents work and are not always at home, kids have access to shows, movies, and the internet blogs that can tell them things that should be left for parents to explain. There is no possible way to end this media frenzy, but experts say that 'attentive parents, strong teachers and nice friends are an excellent counterbalance,' (Newsweek, 2007) to pop culture garbage. Stars need to be more aware of their images because some are allowing younger fans content that many parents do not want their child seeing.

Celebrities do not only have a negative impact on the looks and personalities of fans, but also in their health. With superstars like Kate Moss taking insane amounts of drugs, Amy Winehouse checking into rehab again, and movie stars lighting up their cigarettes on screen, there has to be some effect on their admirers. 88% to 92% of the top twenty-five box office hits since 1995 have contained tobacco use. Celebrities have glamorized smoking in the media and are setting an example for supporters everywhere that it is acceptable to smoke. Pop culture icons need to support a drug free program instead of using harmful substances. Programs like Above the Influence, run by the Office of National Drug Protection, use the media for good instead of making drugs and alcohol seems acceptable to use. Stars should make it a goal to refrain from using drugs and drinking excessive amounts of booze because it sends a message to fans that a life of drugs and alcohol is a satisfactory way to live.

Get Of Mice and Men Resources here.