Analysis of 'Do Not Go Gentle into That Good Night' by Dylan Thomas - Get Meaning, Interpretation and Quotes 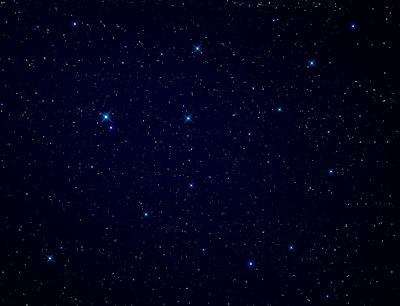 'Do Not Go Gentle' takes death as its topic and through this explores the issue of what makes a good life. The tone, and attitude of the poet are strikingly unusual though. This is no gentle, melancholy mood.

The title, and refrain ‘Do Not’ are in the imperative, showing an urgent voice of command - which contrasts strangely with our preferred euphemistic, gentle view of death. Thomas does include gentleness in words like ‘gentle’ and ‘good’, but then says 'not' to go there. From the start then, Thomas sets up a challenge to traditional approaches to death. He does use euphemisms ‘close of day’ and ‘dying of the light’, which have a bleak, soft tone. Yet he urges that the transition into death be violent, through the semantic field of violence in ‘Rage, rage’, ‘wild’, ‘blaze’ and ‘fierce’. Dying is no more a passive activity but is transformed into a vigorous act of resistance as he urges his dying father to fight.

The poem is in the third person throughout, giving a general ‘wisdom-poem' feel of what ‘old age should’ do: for ‘wise men’, ‘good men’, ‘wild men’ and ‘grave men’, covering all manners and conditions of men. It is an examination of the human condition through death, exploring how life is - and how it ought to be lived. The tone is nearly furious, but contains its reverse - powerlesness - as Thomas is not the one who’s dying. All he can do is exhort. He can command, and advise - ‘should burn and rave’ but is unable to act. This gives a sense of rising hysteria as he repeats the refrain ‘Rage, rage’ and ‘Do not’. But in the end, death is inevitable and there is no use in fighting it.


Each regular stanza uses a strong rhyme scheme that continues through the poem. The rhyming sounds - and many of the rhyming words - are the same throughout: ‘night / light / right / night / bright / light / flight etc) right down to the final stanza. The repeated rhyme draws the reader powerfully through the same thread down the poem, to this final antithesis in the only rhyming couplet ‘light/night’ - which could mean the changing of the day, good and evil or moving towards heaven or hell. What's really interesting is how little religious imagery there is in this poem about death. If 'light/night' is a religious image, it is as faint as it could be. Thomas values resistance, the fierce call of life, in opposition to the Catholic ideal of a good death, patience and resignation. In some ways this is far more a poem of life than death.

Thomas talks of ideals in life. In the first stanza, that ‘words’ should have ‘forked lightning’; in the second, that ‘deeds’ should have ‘danced’ ‘bright’ in a ‘green bay; in the third that men should ‘learn’ and in the fourth understand the mystical (and seemingly contradictory) truth that ‘blind eyes could blaze like meteors and be gay’. The antithesis of ‘blind’ and ‘blaze’, linked by the alliteration suggests using every resource, even when we have none, vigorously, violently, like flame.

I ran out of time with this essay. It's just short of 500 words, and needs more detail. I'll add more later, but this is for any of you who have the exam tomorrow!

I haven't spoken about it being 'a villanelle' because I was more interested in the effect of the poem and what it means. In the exam, there is no point in 'spotting techniques' just for the sake of it. It's the quality of the analysis and evidence backing it up that counts.

Get more Poetry for Edexcel Section C from the Anthology

Get Of Mice and Men Resources here.
All GCSE and IGCSE