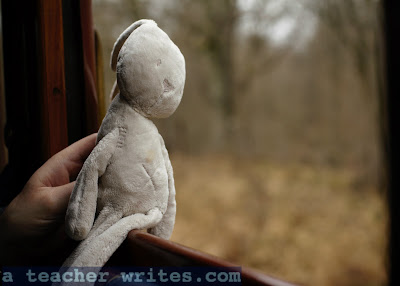 This is a short answer Jack wrote for the Edexcel IGCSE anthology (for the Language exam). We're revising the texts at the moment and he did a great job of getting straight to the point, picking up techniques used and explaining the effect. It's published here with his permission, so thanks, Jack!

How does the writer portray the relationship between father and daughter?

The piece of writing, ‘from Chinese Cinderella’ is an autobiography from thte daughter's point of perspective. This allows us to see what she thought of her father. We know he is commanding as in the direct speech he uses commanding verbs ‘take’, ‘go’ and ‘sit’.

We can tell that the Adeline is scared of her father as when she finds out her father has ‘summoned’ her, her first thought is that she is in trouble.

When the chauffeur says ‘your parents moved’ this implies she isn’t part of the family, possibly emphasizing the poor relationship with her farther.

When she tells her father she wants to be a writer, he almost dictates the future in short sentences  starting each one with ‘you shall’ or ‘you will’. After this she agrees and thanks him. This suggest that she is possibly scared to stand up against him and that she hasn’t almost got to know him. That’s way she doesn’t want to be rude as she doesn’t know what he will do if she is.

The use of rhetorical questions suggests she is trapped and there is no way for her to win as her farther will always have the better of her, almost as if she is searching for an answer.