Edexcel IGCSE, Analysis of Alice Walker's 'Poem at Thirty Nine' ... How I Miss My Father

ATeacherWrites.com
This is the start of an essay, using STILTS to analyse Alice Walker's poem about her father. 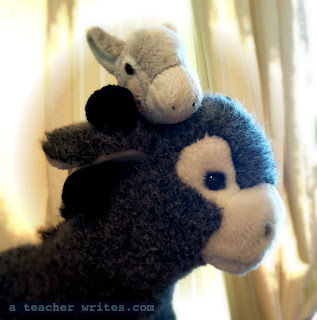 How does the writer uses language and structure to get across the theme of the poem?

The first paragraph explains the SUBJECT thoroughly, then a brief bit about tone.
‘Poem at Thirty Nine’ is a poem by Alice Walker about her (1) dead father, (2) her relationship with him while he was alive, and (3) her feelings now he’s dead and how he’s contributed to her identity as well as (4) how she thinks he ‘would have’ felt about her if he were still alive. It contains a turbulent mixture of negative then positive moods, all from Walker’s own point of view.

Historical Context (Don’t write about this - in this level of detail - in the exam, it’s just to help you make sense of the poem)
Walker wrote the poem at a dramatic point in her life, in 1983. This was shortly after the controversial reception of her incredibly commercially and criticially successful Pulizer prize winning novel, The Color Purple, in 1982 which heavily criticized patriarchal black society. Her father died just as she was becoming successful, in 1974, so perhaps this is Walker’s reflection on her own father, one of the ‘black patriarchs’ most dominant in her own life, and how he would have felt about her book. She implicity refers to the criticisms of her (earlier) work where she writes ‘many of my truths must have grieved him before the end.’ She also gives her father mixed credit


Structure
The poem has an irregular structure with a good deal of enjambement which gives a feel that the poem has been brutally chopped mid-sentence, as if she’s trying to contain or control difficult ideas. It seems to be divided into two sections of three irregular stanzas, one seeming very negative, one positive, marked out by the repeated refrain - and plaintive exclamation ‘How I miss my father’. Even though to ‘miss’ someone seems negative, it shows a deep love; she’s deeply sad now he’s gone. It’s like an ache that keeps coming back in the repeated refrain.