Analysis A Mother in a Refugee Camp and War Photographer 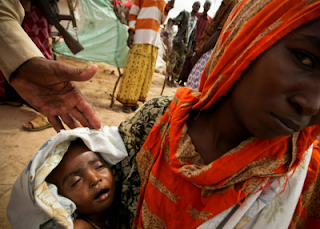 Comparison of 'Mother in a Refugee Camp’ by Chinua Achebe and ‘War Photographer’ by Carol Ann Duffy.

It's interesting how closely Duffy's poem echoes the themes of the non-fiction text A Passage to Africa. Get an analysis of this here.

Words like ‘tenderness’ juxtaposed with ‘soon’ and ‘forget’ create a gentle mood of suffering. In both poems, religious references appear: God is needed but it's hard to see how God can permit the suffering. In 'War Photographer', the first stanza in the darkroom is described ‘as though this were a church and he a priest’. The ‘red light’ that ‘softly glows’ continues to build the peaceful, respectful, perhaps deathly air. At the end of the stanza the places are listed as if an incantation, repeating the abrupt plosives ‘Belfast. Beirut. Phom Penh.’ Duffy explicitly compares this to ‘mass’, with the implied suggestion of guilt, sin, appeals to God, and ends with the bleak, funereal saying ‘all flesh is grass’, showing the transience of worldly things. In the horror of war, it’s very hard to place God: this is the problem of evil - of human evil - that both poets suggest.

In terms of structure, 'War Photographer' is tight, echoing the uneasy juxtaposition of 'spools of suffering' in 'neatly ordered rows'. Suffering is an abstract, and should not be neatly controlled. 'Ordered rows' evokes mass wartime burials, or piles of bodies, neatly sorted after some atrocity. The mood is made even more awkward through the rich and sensual sounds, of sibilants, liquids/voiceless fricatives and long syllables in 'spools' and 'suffering'. Each stanza is perfectly regular: four of six lines, with a perfectly regular rhyme scheme, with a neat couplet to end each line - and is almost iambic pentameter. The feel at first is soft, steady, drawing us without warning into the violence at the centre of the poem. It's subtle. Duffy uses negation to flicker between here, and there, now, and then: between 'Rural England', 'home' and 'fields which don't explode' in 'nightmare heat'. The tone of Duffy's poem shifts half way through then again in the final stanza into the apathy of 'pre-lunch beers' and 'do not care', a shocking contrast.

The structure of 'A Mother in a Refugee Camp' is free, without break or interruption as if we're inexorably drawn down into the child's death: it's inevitable. But the tone here is gentle towards the end. We see death gently: it's a ghost 'smile', and there are 'flowers' on the grave. In the mid-section the day to day horrors of the camp are presented metaphorically with plosives 'blown out bellies' and 'diarrhea'. The list creates a sense of the profusion of suffering: of 'washed out ribs' balanced with 'unwashed bodies' - one's positive, one's negative 'un-'; both are bad. Thick liquids create a sense of struggle in 'waddling in laboured steps' and 'dried up' is a horrible image to use for a child - supposedly fresh and young.
Both create a strong sense of pity: one from the outside, the other too close for comfort, replaying an image of suffering that is too horribly familiar.


In my introduction, I usually try to explain the major similarities and differences in (1) subject (2) point of view and sometimes (3) structure, briefly - so I don’t get bogged down in detail. I try not to explore language and imagery until the main part of the essay.

Both poems deal with the subject of war in the world today. Achebe narrates his in his own point of view, focussing on the ‘Mother and Child’, whereas Duffy creates a character, whom she reveals in third person close focus narrative. A major difference between the two is that Achebe is a native of this war-torn land, seeing it from the inside with terrible pathos, whereas Duffy’s poem is an imaginative re-creation of a character at a distance.

Achebe’s poem opens with an image of 'a' non-specific ‘Madonna and Child’ - as if Achebe is creating yet another type within a trope. The Madonna and Child trope is a type of conventional religious painting depicting Mary with the infant Jesus. This is often contrasted with the Pieta, posed in the same form, of a mother with her dying son, which is also the topic of this poem. 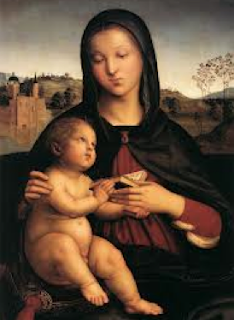 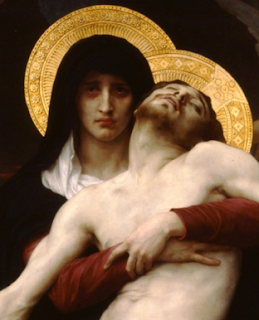 We see the living son, soon to be dead. Images of ghosts among the living prevail - like the 'ghost smile' - and the simile that compares the way she combs his hair to 'putting flowers on a tiny grave'. The poem flickers between life and death, just as the people, on the brink of starvation during the civil war and famine in Biafra, are caught in a living death.

Get more on how to analyse poetry here, get model essays by poet here or click here for Edexcel IGCSE only