What is Pathetic Fallacy? 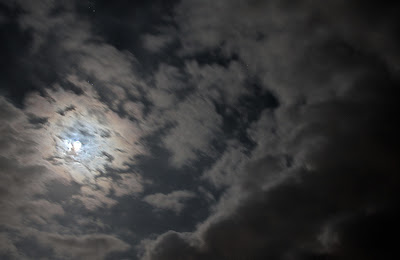 Pathetic Fallacy is a technique for creating atmosphere in a story.

Emotions are given to setting, objects and / or weather. This often reflects the main character(s)' mood, or the mood of the book e.g. stormy emotions are externalised in a physical storm.

Pathetic Fallacy means literally 'fake emotions'. It is similar to personification. This technique is used a lot by Victorian and Gothic writers.

Here are some examples to help you use it in your own writing. It's especially useful in writing description, setting the scene and creating a mood or atmosphere.


I've highlighted most of the mood words in purple. These are the ones you'd quote to help you explain what mood the pathetic fallacy creates. There are also examples of similes, semantic fields, sensory language and personification.

It was a rimy morning, and very damp. I had seen the damp lying on the outside of my little window, as if some goblin had been crying there all night, and using the window for a pocket-handkerchief. Now, I saw the damp lying on the bare hedges and spare grass, like a coarser sort of spiders' webs; hanging itself from twig to twig and blade to blade. On every rail and gate, wet lay clammy.

Smoke lowering down from chimney-pots, making a soft black drizzle, with flakes of soot in it as big as full-grown snow-flakes — gone into mourning, one might imagine, for the death of the sun. Dogs, undistinguishable in mire. Horses, scarcely better; splashed to their very blinkers... Fog everywhere. Fog up the river, where it flows among green aits and meadows; fog down the river, where it rolls defiled among the tiers of shipping and the waterside pollutions of a great (and dirty) city ... people on the bridges peeping over the parapets into a nether sky of fog, with fog all round them, as if they were up in a balloon, and hanging in the misty clouds.

the clouds swept across [the moon] swifter than the flight of the vulture and dimmed her rays, while the lake reflected the scene of the busy heavens, rendered still busier by the restless waves...

The storm appeared to approach rapidly... the heavens were clouded, and I soon felt the rain coming slowly in large drops, but its violence quickly increased...the darkness and storm increased every minute, and the thunder burst with a terrific crash over my head. ...vivid flashes of lightning dazzled my eyes, illuminating the lake, making it appear like a vast sheet of fire; then for an instant everything seemed of a pitchy darkness...

This noble war in the sky elevated my spirits...[then] I perceived in the gloom a figure... A flash of lightning illuminated the object, and discovered its shape plainly to me; its gigantic stature, and the deformity of its aspect, more hideous than belongs to humanity, instantly informed me that it was the wretch, the filthy daemon...

The fog still slept on the wing above the drowned city, where the lamps glimmered like carbuncles [jewels]; and through the muffle and smother of these fallen clouds, the procession of the town's life was still rolling in through the great arteries with a sound as of a mighty wind. But the room was gay with firelight.

It was by this time about nine in the morning, and the first fog of the season. A great chocolate-coloured pall [funeral cloth] lowered over heaven, but the wind was continually charging and routing [beating back] these embattled vapours; so that as the cab crawled from street to street, Mr. Utterson beheld a marvelous number of degrees and hues of twilight; for here it would be dark like the back-end of evening; and there would be a glow of a rich, lurid brown, like the light of some strange conflagration; and here, for a moment, the fog would be quite broken up, and a haggard shaft of daylight would glance in between the swirling wreaths... like a district of some city in a nightmare. The thoughts of his mind, besides, were of the gloomiest dye

There was no sound through the house but the moaning wind, which shook the windows every now and then
On the morrow one could hardly imagine that there had been three weeks of summer: the primroses and crocuses were hidden under wintry drifts; the larks were silent, the young leaves of the early trees smitten [struck down] and blackened.
About midnight, while we still sat up, the storm came rattling over the Heights in full fury. There was a violent wind, as well as thunder, and either one or the other split a tree off at the corner of the building: a huge bough fell across the roof, and knocked down a portion of the east chimney-stack, sending a clatter of stones and soot into the kitchen-fire. We thought a bolt had fallen in the middle of us.