What is the Imperative? Command Verbs. 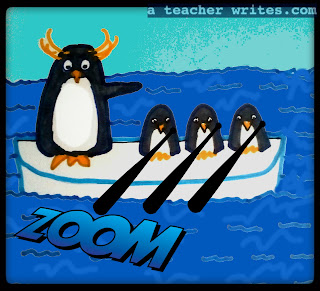 ATeacherWrites.com
The Imperative is a type of verb also known as 'command verbs'. They're fairly easy to spot and beloved of bossy types like teachers, parents and cookery programme presenters.

Go! Run! Jump! Fetch! Row the iceberg faster! Don't put your finger in that plug socket! Put in 500g of flour! Mix it together!

Can I be bothered to learn this verb type?
It's one of the most interesting verb types to comment on: George uses it on Lennie in Of Mice and Men; Birling uses it in An Inspector Calls, Shakespearean characters use it, poets use it, the GCSE Language exam is full of it. You're meant to use it when writing to argue and advise and also to persuade. It's the most powerful verb to get people to do what you want - also known as a 'call to action'.

Ah. But how will I ever remember this?
1. Play 'Simon Says' with the imperative.
e.g. Simon says: 'Running' (no one runs). Simon says 'Run!' (everyone runs on the spot  except the idiot who's forgotten what the imperative is).

2. Think Penguin
Love penguins? Of course you do. You've spent many happy hours with our blubbery flightless friends on Club Penguin, Happy Feet, Surf's Up and Frozen Planet.
Meet the Imperative Emperor Penguin. He's the fellow giving commands to his penguin minions on the iceberg in the picture above.

Draw penguin minions performing their emperor's commands. Once you've drawn a few penguin minions doing (Somersault!) (Jump!) and (Catapult one of the other minions into the air!), you'll never forget.

For those of you who need to know:
Imperative comes from the Latin imperator which means emperor. Hence the emperor penguin giving commands.