Essay on 'Poem' by Simon Armitage, GCSE Analysis: How does the poet use language to get across the theme?

ATeacherWrites.com
+ Get more essays and analysis of Simon Armitage poems
Brief Summary (scroll down for A* grade analysis) 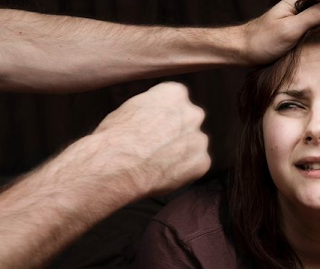 This poem is in the third person, summing up a man's life from the outside. There is very little emotive language, it's all clean and without judgement. It reads like a list of the man's qualities, of the things he did in his life, both good and bad. The poem feels a bit like an obituary, as if the man is dead. The poet never comes to a conclusion about whether the man is good or bad, saying only 'they' summed up 'sometimes he did this, sometimes he did that.'

And if it snowed and snow covered the drive
he took a spade and tossed it to one side.
And always tucked his daughter up at night
And slippered her the one time that she lied.
And every week he tipped up half his wage.
And what he didn't spend each week he saved.
And praised his wife for every meal she made.
And once, for laughing, punched her in the face.

And for his mum he hired a private nurse.
And every Sunday taxied her to church.
And he blubbed when she went from bad to worse.
And twice he lifted ten quid from her purse.


A* AnalysisThis poem - which is called 'Poem' - was a nightmare to write about! There's a hideous amount of repetition, and it's deliberately 'blank'; there are very few mood or describing words. This made interpreting the meaning extremely difficult - as did this: 1. the poet thinks the man is bad but 2. the narrator takes a very blank, neutral voice and so do the 'they' who are quoted in the final judgement 'when they rated him'.

The final judgement on the man is 'sometimes he was this, sometimes he was that' (the man punches his wife in the face). If the words don't shock you, the picture above should. It's even more shocking that the narrator takes such a neutral tone to what the man does.

This poem is not for the faint hearted, and I'd say if it pops up in an exam, run away screaming. Having said that, for an A or A* candidate it would be perfect.

So here's what I wrote... (this is just my interpretation). Please don't cut and paste it and hand it in to your teacher.

The theme of ‘Poem’ is that we’d rather not judge people or look at the ugliness in their character. The poem seems to weigh up a man’s life. He’s never named, and left anonymous. If feels a bit like a final judgement or obituary because it uses the past tense and seems to cover all the main events of the man's life. Normally an obituary would only cover the good bits, but this poem includes bad parts too. The narrator seems to be omniscient - able to see into good behaviour, as well as the bad behaviour that would normally be private and hidden.

Because the man has no name, it makes us feel like it could be someone among us. Also, it makes us feel maybe the narrator doesn’t want to ‘name and shame’. This is perhaps part of the problem Armitage picks up: if we don’t pass judgement, bad behaviour continues.

The title ‘Poem’ is blank; it’s impossible to interpret. This links to the theme of failing to pass a proper judgement on the man - or the difficulty of passing judgement. The very regular, tightly controlled structure of the poem suggests balance and control, yet, it feels deeply unbalanced and some of the behaviour is very out of control. Punching his wife in the face is terrible. Armitage shows that one good act doesn’t cancel out a bad act. The bad act still stands.

The regular structure - with three stanzas of equal length and equal length lines creates a tightly controlled feel. The repetition of ‘And’ at the start of most lines adds to this, as does the fact that most lines are only one sentence long. Each line feels abrupt. It also creates the sense of a huge list (of evidence) as Armitage details the actions and life of the man which is held up for judgement.

Each idea is balanced: good deeds and bad - as if they’re equal - and cancel each other out or there’s two sides to every person. He ‘tucked’ his daughter up in bed, which is sweet and domestic, but also ‘slippered her’ which is violent.

In the second stanza there are three good deeds, using a rule of three - ‘tipped up’ his wage’, ‘saved’ hard, and ‘praised’ his wife. This is emphasised by the fact he does them consistently: there are three absolutes: ‘every’ (2x) and ‘each’. This seems to tip the balance towards him being a good man, but then comes the short, shocking sentence, ‘And once, for laughing, punched her in the face.’ The poet is careful to say he only does it ‘once’, as if it’s only a small thing. However, the juxtaposition of all the good deeds and the happy word ‘laughing’ makes ‘punched’ come as even more of a shock. Armitage deliberately constructs the sentence to put ‘punched’ near the end, which intensifies the dramatic effect. Because this is at the end of the stanza, just like ‘slippered’ we link the two ideas, and by now are probably thinking he’s not a nice man at all: but the omniscient narrator never passes judgement.

The third stanza uses colloquial language ‘taxied’, ‘blubbed’ and ‘lifted’. The colloquial language shows he’s an ordinary man, using familiar language to create an everyday, friendly feel. The language is also euphemisitc: ‘bad to worse’ suggests death, and ‘lifted’ means steal. This adds to the theme that the truth is hidden. Just like the truth of this man’s character is hidden in the final judgement ‘sometimes he did this, sometimes he did that.’ The non-specific ‘this’ and ‘that’ suggest balance - that it’s all the same in the end. But really it isn’t. The omniscient narrator prefers euphemisms to the ugly truth. His final judgement is very unsatisfying.
(c) M.Kendry 2013