How to get an A or A* at English Language GCSE: 'comment on how writers use language' 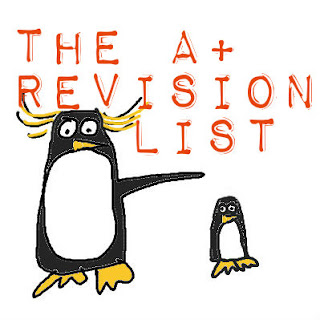 ATeacherWrites.com
Want an A or A* in GCSE English? Here's the secret (pass it on). A-A* for poetry is here.
Follow this checklist of things to look for in the question 'How does the writer use language?'

Learn as many as you can. Yes, you can revise English. Don't forget to explain what specific effect it creates or what mood/meaning the words suggest.

imagery: or ‘word-pictures’ includes: personification, metaphor, similes, sensory language, adjectives, etc. Any place the writer puts an image or picture in your mind - ‘we need a police force of children’.
How to write about it: ‘this comic image shows that the adults’ behaviour is so bad, and so warped that even a child can see it’s wrong.’

sensory language: touch, taste, smell, sights (colour, light, shape), sounds are used to create a vivid picture of the scene - to [increase whatever effect/theme the writer is trying to get across] Link this to sounds (sibilant, plosive, etc) wherever you can. Comment on if it’s a positive mood - light, bright, soft; or negative - dull, harsh, uncomfortable.
How to write about it: ‘the writer paints a negative picture of the scene with dull, depressing sensory language: ‘brown’ and thick, heavy words like ‘sludge’, ‘slop’ and ‘shriek’ which uses a sharp onomatopoeic sound to break, unpleasantly, into the mood.’

semantic field or lexical field: a group of words referring to the same topic, e.g. ‘flames’, ‘damnation’ and ‘hell’. This is most worth commenting on where there’s an interesting contrast, e.g. love described as ‘war’ - something unexpected which shows us a strange truth about love: it can be hurtful, violent, you can feel destroyed, etc.
This normally highlights a particular mood.
How to write about it: ‘flames suggest it is burning, unstoppable, and links to the idea of ‘hell’. The semantic field of 'hell' suggests that this is moral evil, not just a bad situation.’

personification: giving human qualities to non-human things: actions, emotions etc.
e.g. The wind shivered. The crows cackled. The door groaned.The bird looked at me sadly. The chin of the house jutted angrily into the street. The frown of the broken down house...
This builds mood. You can work out what from the words used.

metaphor: normally metaphors suggest a mood or feeling. Highlight the key mood word, quote and comment on it.
e.g. Diamonds glinted on the sharp edges of the water. His eyes were cold blue marbles. The sound died on the air. Sunlight spilled through the window.

simile: easy to spot as one thing is compared to another using like or as. e.g. He was as sharp as a needle. His eyes burned like dying fires. The sound fell like feathers in dead air. (N.B. ‘dead air’ is a metaphor).

(3) SOUNDS
sibilant: /s/ sounds (not /sh/). Effect depends on context, and the meanings of the words around it. How to write about it: e.g. The sibilant sounds in ‘softly, sweetly, sickly’ creates a soft, gentle mood, which turns sinister on ‘sickly’ as the sounds flow across the line. The unusual shift in mood within the same, sibilant sound, creates a disturbing effect.
plosive /b/ /p/ /t/ /d/ sounds create an abrupt, sharp, sometimes shocking effect. Look for plosives blended with sibilants or liquids - as a short, sharp shock after the softer mood OR, where both are interlaced (sib/plo/sib/plo/sib/plo) think about which feels stronger - is it a juddering effect, stuttering (be creative with your interpretation: what does it make you think of?)
liquid  /l/ this can flow, creating a sense of quick, light movement - or of water - ‘light slipped down the lee of the hill’, or sound thick and heavy e.g. ‘ladling’, ‘slop’.

alliteration is easy to spot. Words close together start with the same letter (same sound). Alliteration emphasises these words and connects them, so it's a form of linking. Sometimes the link is striking: 'delicious death' (name for a chocolate cake). You should comment on the meanings of the words that have been linked and what this suggests.
How to write about it: 'alliteration links the contrasting ideas of 'death' and 'delicious' to suggest a cake so good even death becomes delicious - that it's deadly, perhaps an intense experience.'

(4) CONTRASTS
juxtaposition: two words, ideas, events or characters who are positioned close together to create a particular dramatic effect, often a contrast that emphasises the qualities of each - or how something is out of place, etc.
How to write about it: ‘The writer juxtaposes the old man with the freshness of his surroundings and the beauty of the spring. This emphasises his frailty, and the transient (fragile> quickly passing) nature of life.’

antithesis: two words or ideas that are the exact opposite: heaven/hell, light/dark, despair/hope.
How to write about it: ‘the imagery (or semantic field) of despair is set in antithesis to the theme of hope that runs through the piece. The writer suggests that even in such a ‘desolate’, ‘twisted’, ‘bleak’ landscape, we can still find ‘light.’

oxymoron: opposite words that are put straight next to each other: ‘bittersweet’, ‘despairing hope’, ‘true betrayal’.
How to write about it: ‘The oxymoron ‘despairing hope’ shows the extent to which these conflicting emotions are intertwined - and perhaps in such a bad situation, hope becomes even more important.’

(5) EFFECTS OF STRUCTURAL CHOICES
Long/short sentences: the use of long, complex sentences often increases tension.
Short sentences can be abrupt, shocking. A short sentence is often used after a long sentence, to make the theme/idea/of point even more forcefully.

Rule of Three: A set of three words or ideas shows a rounded view: comment on which elements the writer has chosen to include. What do these tell us about the theme or the writer’s attitude/thoughts and feelings?

Repetition: emphasises whatever idea/theme the word suggests. Or perhaps the writer repeats the word to show a second way of interpreting it.

First and last words in a paragraph or sentence: writers emphasise words through structure: they put words in first or last position to emphasise them. Writers often rearrange the word order in their sentence to make sure the important word comes first... or last. Like alliteration, it's very easy to spot.

(6) FACTS AND STATISTICS
Statistics (numbers, %, fractions, exact locations) show the scale of the [thing], to fix a precise image in the reader's mind about the size of the problem or issue and where or how it is important

Facts (specific place, details of what happened: e.g. Richard SillyPerson, 23, floated across the English Channel using 45 helium filled balloons strapped to a chair)
‘from Manchester to Mumbai’, ‘in people aged 45-60’. ‘the tsunami reached a height of a hundred metres and devastated property ten miles inland’.
How to write about it: e.g. 'the facts 'from Manchester to Mumbai' shows the scale of the problem' OR 'the specific facts about the balloon flight seem matter of fact, contrasting with the silliness of what the man did. Also, '45 helium balloons' seems not enough to cross something as big as 'the English channel'.'