Analysis of Sonnet 116, Let Me Not To The Marriage of True Minds IGCSE Edexcel, GCSE AQA Poetry Anthology

ATeacherWrites.com
Sonnet 116
Let me not to the marriage of true mindsAdmit impediments. Love is not loveWhich alters when it alteration finds,Or bends with the remover to remove:O no! it is an ever-fixed mark       (5)That looks on tempests and is never shaken;It is the star to every wandering bark,Whose worth's unknown, although his height be taken.Love's not Time's fool, though rosy lips and cheeks Within his bending sickle's compass come:        (10)Love alters not with his brief hours and weeks, But bears it out even to the edge of doom.   If this be error and upon me proved,   I never writ, nor no man ever loved. 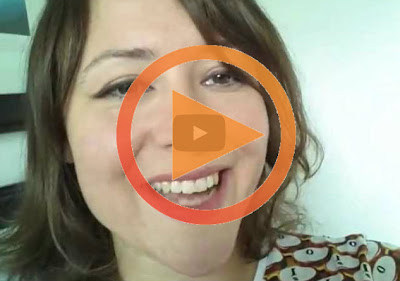 1. Absolutes: where the idea is total, either in a positive or negative sense, e.g. ‘always’, ‘never’, ‘eternal’.
2. Antithesis this is where two opposite ideas/words or phrases are contrasted together in a balanced (parallel) structure:
‘for better or for worse, for richer or for poorer, in sickness and in health, to love and to cherish, till death us do part,’ (marriage vows), ‘worth’s unknown though his height be taken’
3. Types of Repetition:
Ploce the same word is repeated with different meanings ‘love is not love’
Anaphora – repetition at the start of units (sentences or clauses)

Metaphor = where the poet suggests a comparison/word-picture that is not literally true. This can be positive, or negative. e.g. ’Love’ s not Time’s fool’, love ‘is the star to every wandering bark’.

Question
What View of Love does Shakespeare Present?

In Sonnet 116, Shakespeare presents a personal view of love which is uplifting, but also dark. He questions whether the 'love' in question is really true 'love'.

The Sonnet is written in the first person. Shakespeare immediately puts himself inside the poem from the very first words: ‘Let me not’. The start of the poem, ‘admit impediments’, begins the dark tone. 'Impediments' suggests problems, and echoes the words of the marriage service, where the priest has to ask if anyone has reasons against the marriage. The antithesis, or opposites, used throughout (‘alters not’ … ‘but bears it out’) also suggests the style of the wedding service, ‘for richer or poorer, in sickness and in health’. It is as if Shakespeare presents his view of love through playing with the words of the Wedding Service. Though love, of course, is not identical to marriage.
There is some evidence that Shakespeare’s lover was planning to get married (to someone else). If so, the start of the poem could take on a more sinister tone, almost as if Shakespeare is threatening to ‘admit impediments’ to the wedding, and questioning whether it is in fact a ‘marriage of true minds’. The sinister effect is increased by the use of the subjunctive (let), which makes ‘let me not’ dependent on whether or not the marriage it is, in fact, a ‘marriage of true minds’, or a more lustful, physically inclined love of ‘rosy lips and cheeks’.
Shakespeare warns the reader – or more specifically, his lover – that what seems ‘love’ may not be true ‘love’. This idea is laid out by the ploce in ‘love is not love’, which seems to contradict itself. Shakespeare shows that what we call ‘love’ may just be the appearance of love, ‘the rosy lips and cheeks’ – or beauty – which will surely be destroyed by ‘Time’. In antithesis to false love, Shakespeare sets up the idea of true love through a developed series of metaphors. First he uses synecdoche to link and contrast ‘true minds’ with ‘rosy lips and cheeks’: two things of very different value. Later, Shakespeare says love is a guiding ‘star’, suggesting heaven, eternity, brilliance; that it ‘looks on tempests but is never shaken’. The negative image creates a sense of fear, danger, of trial and torment, and that love is the only constant, dependable thing in it.
In fact, the poem has a negative tone throughout. ‘Time’s bending sickle’s compass’ and ‘edge of doom’ continue the grim tone with images of death first, then – as if that weren’t enough – he adds total destruction (‘doom’). Love is the only light in this rather bleak view of human life, which is symbolised by the metaphor of the ‘wandering bark’ – the lost ship. Love never alters, cannot be removed, is ‘always’ ‘ever fixed’, like God perhaps; love is the ‘star’ set at the centre of the poem.
Despite the apparently humble start (let me not), Shakespeare takes a lecturing tone where he tells us (or his lover) what love is. He doesn’t tell us what love is like, and uses no similes whatever. He tells us what love ‘is’ and what it ‘is not’, and uses a large number of absolutes ‘ever’, ‘every’, and ‘never’, which he repeats. This gives a very definite, confident, even stern tone. Shakespeare hammers his message home through anaphora where he tells us – unusually – not what love is, but what ‘love is not’. Overall, the poem seems more like a criticism of someone who has not been constant. Yet the very negative imagery and language, somehow makes Shakespeare’s vision of true love shine even more brilliant.

Shakespeare seems arrogant at the end of the poem where he scoffs at the idea that his poem could possibly be ‘error’ or that error could be ‘proved’. But he was ultimately proven right. His poem lived far longer than the lover he tells off, and is frequently read at marriage services, over four hundred years later.